Landscapes of Play is a series of paintings that seek to evoke dreamy, distant and warm memories of childhood. They both embody a longing for the past, and are haunted by it, producing a bitter sweetness in the act of remembering childhood.

When I was a child in the ’80s, with both parents working and grandparents living far away, I was one of the street kids. With keys to our flat, I would get back from school, eat whatever my mum would leave for me from the night before. Then, I would go out to climb trees, walk rooftops and explore the neighbourhood with a bunch of friends. The world felt safe, and any grown-ups were there to help, not to endanger. Having children in the UK we are constantly reminded that the world is filled with danger… the whole thing about safety here has so much paranoia. I moved my family out of London to give my children the freedom of childhood in nature, the way I had it. My paintings are about that: about childhood, about having all that time to play and be free and to grow.

I often find myself wandering into new places with my children. When they run off to climb trees and make up stories on the go, I am there to mark the spot for them to come back to. While my children play, I sketch landscapes of where they are. Later, at home, these drawings develop into paintings. Now that I have been sketching children playing for the last two years, I can see that the stories they make up somehow escape my grasp. It is extraordinary how many wonderful stories children make up as they play. When children make up stories together, they replay their fears and find solutions to these fears. They question the unknown and find answers that they find appropriate. Their imagination fills their world with the magic of trees talking to each other, of fairies and birds, of insects and wolves living together in one big beautiful world. I am now starting to record their stories in sketches and quick handwriting. This winter, when the rain and cold keeps us indoors, it will be a good time to start a new series of paintings depicting the world as children imagine it when they play in nature. No doubt, this project is a great challenge. But I am very excited to be able to make a window into this magical world for everyone to see.

Born in Russia in 1978, Diana Krilova has been based in the UK since 1993, and currently works in her studio in Forest Row, East Sussex where she also lives with her husband and two children. With a background in fine art and anthropology, Krilova’s previous work addressed scenarios of the everyday, of misunderstanding based on cultural backgrounds and displacement. She has had solo exhibitions at Liverpool Biennale (2004, 2006), 5th Base Gallery London (2017, 2018), led workshops at Tate Liverpool 2005, and worked on international projects in Spain (2006), France (2006) and Latvia (2007). Her paintings are held in major international corporate, private and public collections. In 2019 Diana Krilova became fellow of the Royal Geographic Society and is now working on Whisper from the North, an expedition to Karelia (the birth land of her grandmother in North Russia on the border of Finland and the White sea). This project aims to document in film, photography, live drawings and painting the dying cultural heritage and eco-system of this barely known location. 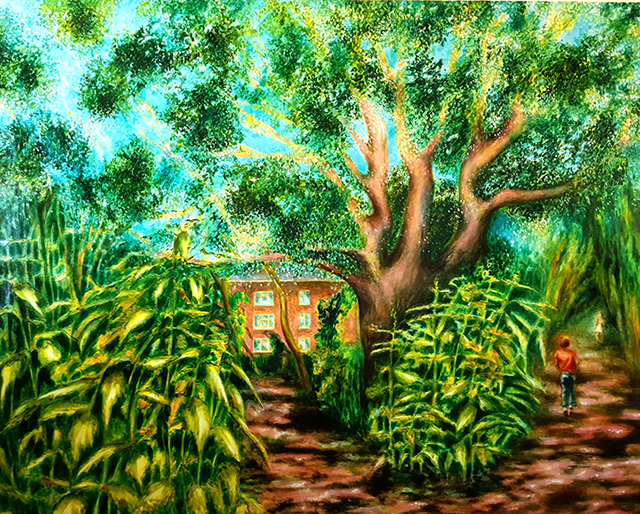 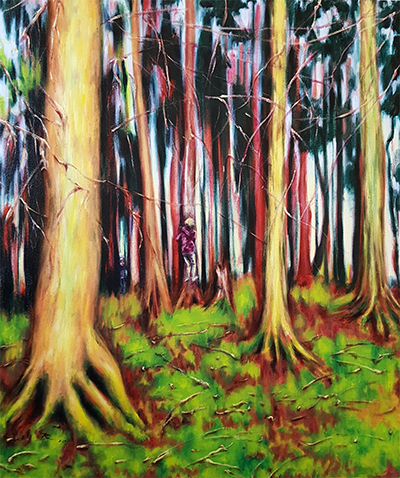 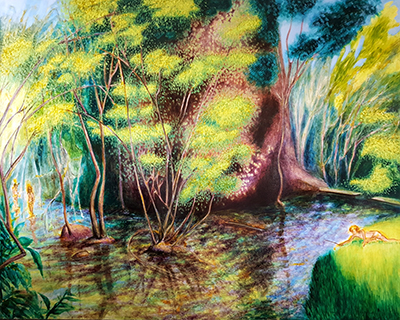 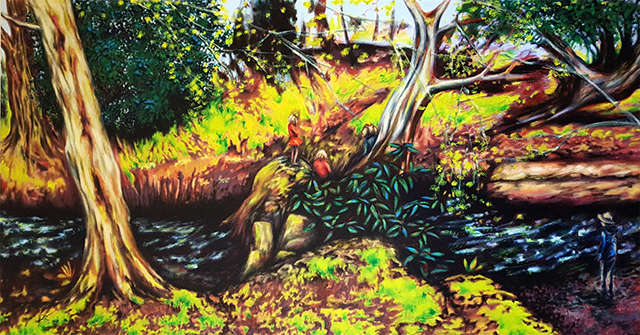 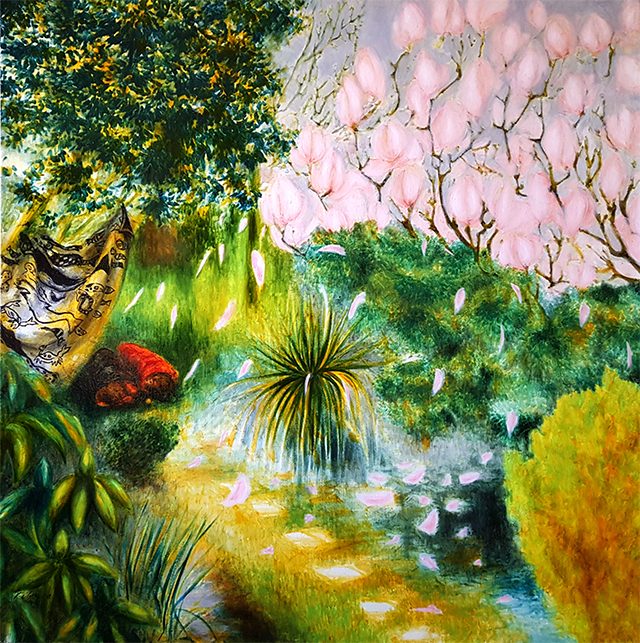 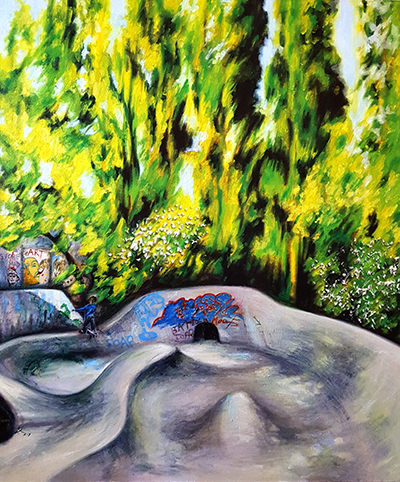 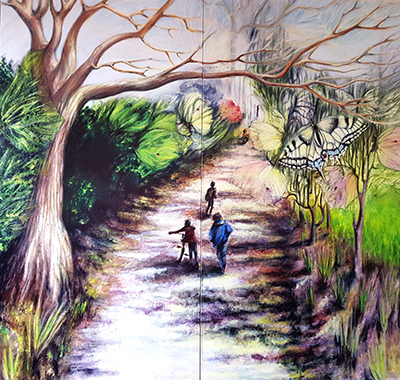 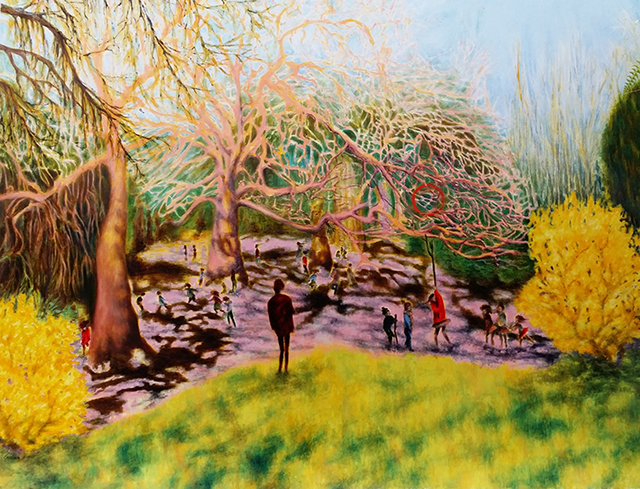