Brain Candy is the result of conversations and collaborations with my daughters, Luca, age 12 and Isabel, age 16. As American adolescents, they consume millions of still and moving images each year in advertising, marketing and entertainment. While digesting hours of media, they are simultaneously responsible for producing and publishing thousands of images narrating their daily lives through social media. Understanding the dynamics of images as cultural candy for the brain as well as deconstructing the mechanics of image making, and how it informs identity and perception of self, has become a critical conversation in navigating the intensely photographic saturation of our lives.

As a mother, I consciously and unconsciously register everything within my children’s environment as a potential threat. I cannot help it and I do not question it. For my two adolescent daughters, Isabel and Luca (b. 2000 and 2003), nothing is exempt from my scrutiny. So when the mother-daughter discourse on self-determination, health and well-being turns not to topics such as sexual encounters or recreational drug use but to the positive and negative impact of photographic image consumption on their physical and emotional lives, the convergence of artist deconstructing the medium and mother examining the impact on the human condition, becomes a pragmatic strategy in fostering a healthy understanding of self. 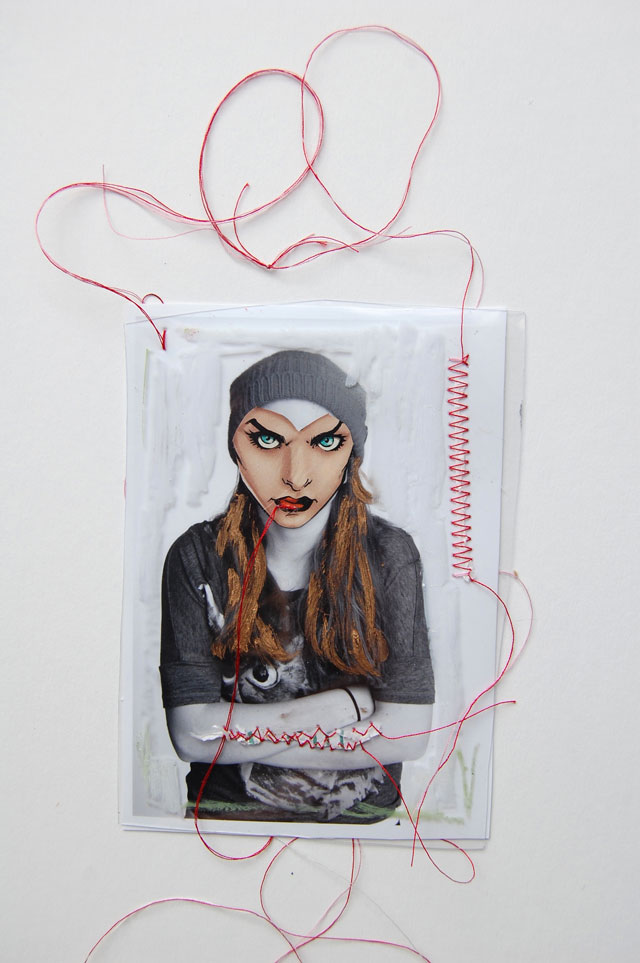 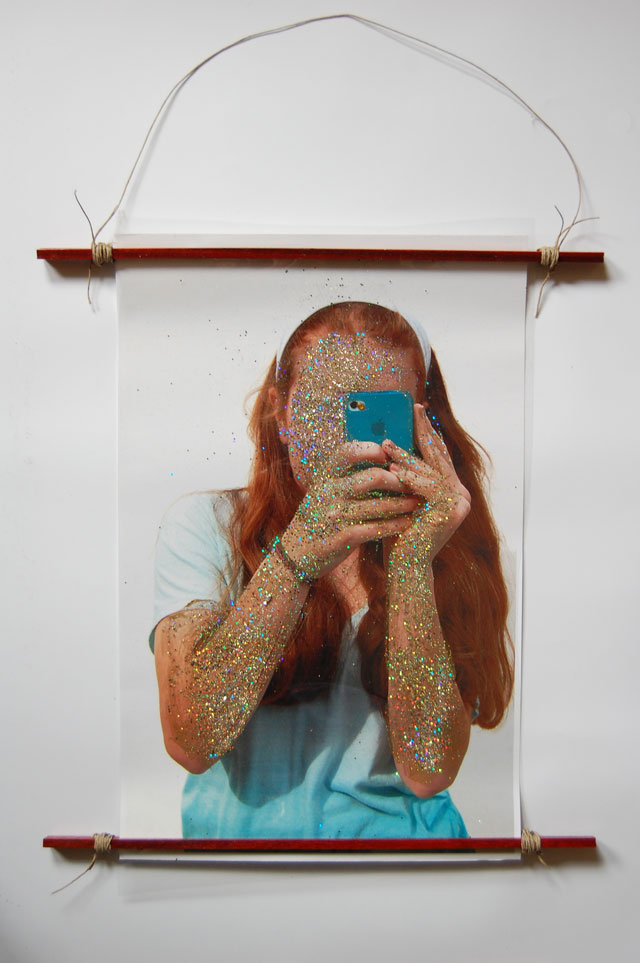 Through mother-daughter collaborations, the three of us together have created Brain Candy, a series of conversations about being raised in a culture where an adolescent’s daily image consumption is rivaled only by the consumption of sugar in her American diet. Brain Candy is a celebration of identity, self-image and self-representation, while critically examining portraiture and the link to one’s image outside oneself. Educating children is complicated, but in the studio the work becomes an exercise in listening, which is the key to nurturing and thus, to self-actualization and agency. Both generations learn from each other co-creating these works while deconstructing the mechanics and impact of self-representation. 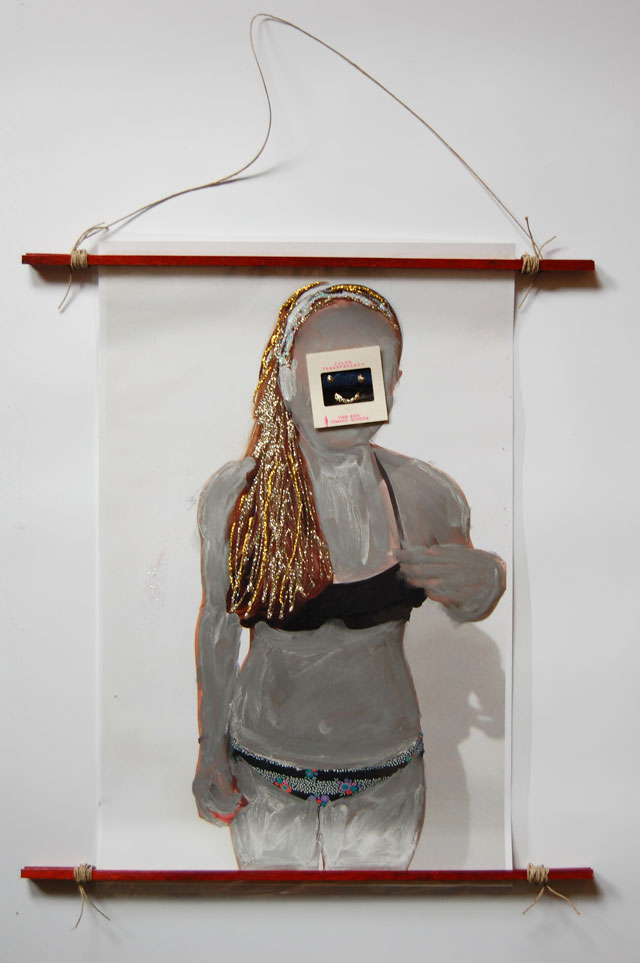 One cannot explore adolescent identities without addressing the hyper-saturated visual universe in which teens live their lives. Every day, as adolescents consume and digest millions of photographs through entertainment, advertising and social media outlets such as SnapChat, Instagram, Facebook, Twitter, and YouTube, they are also responsible for producing and distributing images of themselves in the form of self portraits, or selfies, through digital platforms. In the last decade, the aggressive use of digital photo editing applications and filters has resulted in extremely distorted and physically impossible representation of women. The proliferation of these distorted images into the media diet of developing girls is full of propaganda extolling an egregious fantasy of beauty parading as authentic and attainable. 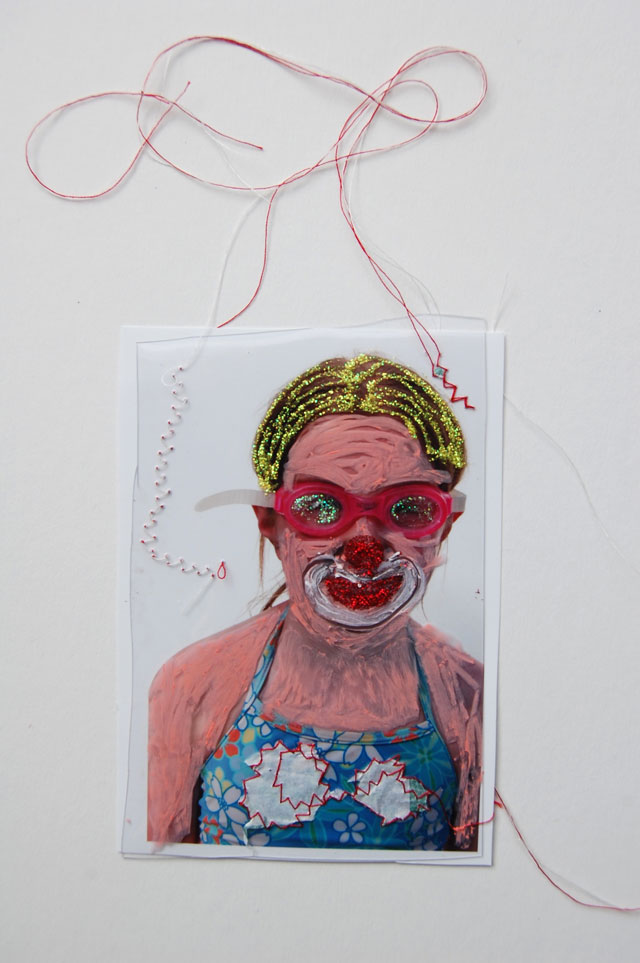 The dilemma is complex because intellectually girls are aware of this media hoax but yet have an enormous amount of pressure to participate and conform to the idealized representations they binge on daily. My daughters know that fashion magazines and celebrity personalities are manufactured to sell product and lifestyles that have nothing to do with tangible human needs and everything to do with fantasy and entertainment but still experience emotional distress which comes from failing to inhabit the impossible physical likeness of their digital universe. The strain of such dual consciousness is apparent in the visual universe that surrounds us all as citizens of a consumer culture tethered to technologies prolific in generating images. In particular, the demands on adolescent girls for participation and self-representation are intense. 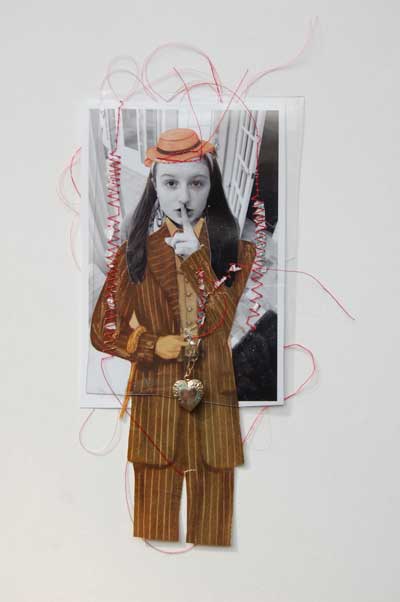 Lingering superstitions and assumptions about photography’s truths along with persuasive arguments of critical theorists and feminists that photographic medium within our media culture has a potentially destructive influence on the health and wellbeing of women and girls cannot be ignored. The medium’s seduction and the technological advances that allow us to manipulate the photographic presentation of self are a powerful vocabulary especially for adolescent girls who are also navigating radical physical and psychological changes in their lives. It is for this reason myself, the mother, enlisted myself, the artist, to challenge the potential threat of photography. How can we reconcile the paradox of the medium; that is it fact and fiction, powerful and powerless, adversary and advocate, bully and best friend?

By inserting this conversation into a more laborious process of creating objects of art, each piece of Brain Candy challenges the function and value of the image. This is where the mother-artist merged with and enlisted the daughter-artist to collaborate, provide creative direction and manufacture works of art in the studio environment. Each piece has been deliberately removed from the digital domain and printed on paper thus disarming the photograph by eliminating its digital reach. It is still an image but it is also just a piece of paper—simultaneously precious and worthless. 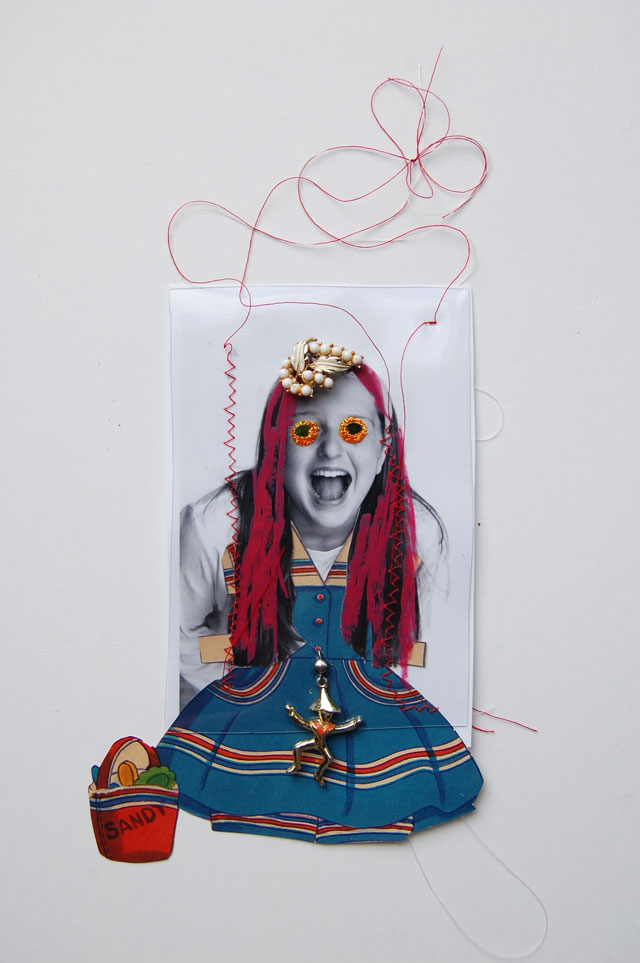 Larger scale pieces of Candy served to divorce the image further from technology and provide a different lens with which to scrutinize the photograph as something other than self. Each piece is disrupted with the use of analog methods of manipulation using scissors, fabrics and found objects. Traditional and childhood art materials were added to the work including oil pastels, metallic paints and glitter glue. Each intervention became a conscious creative choice in symbolically representing self in contrast to capturing and publishing an image parading as truth. The mother-artist daughter-artist alterations teased out parallels between the fantastical alterations made in studio and their digitally manipulated counterparts living in cyberspace. 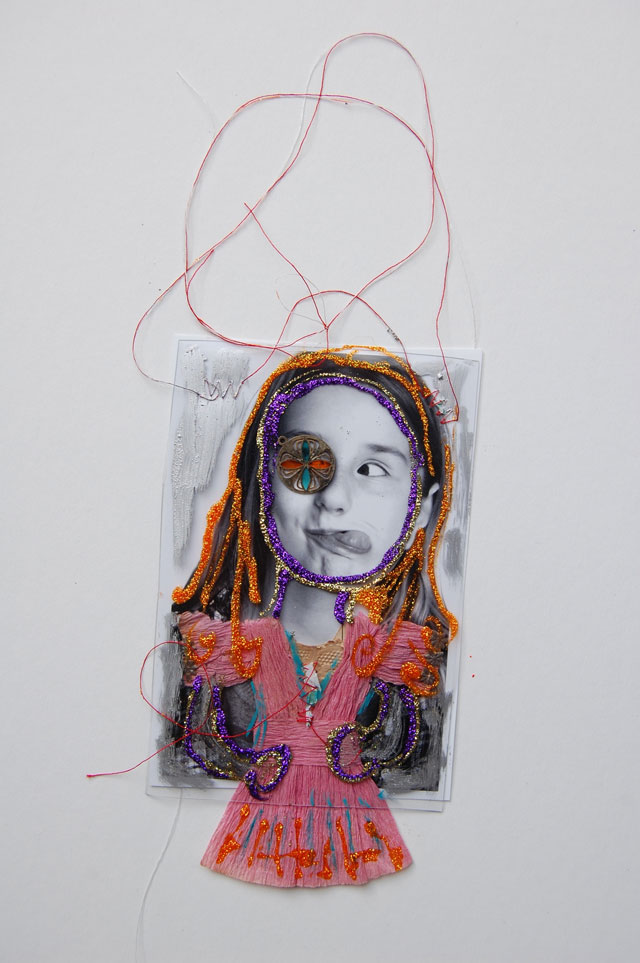 Taking the image objects through multiple iterations and creating these pieces of Brain Candy created a welcomed distance between my daughters’ physical bodies and their projection of self through images. Each piece of Brain Candy is a direct challenge to the struggle to reconcile the preferred brand of selves my daughters have developed through selfies and digital publishing with the flesh and blood existence they often dismiss as inadequate. The manual work of applying pigments and getting their hands dirty reinserted the importance of the physical source, the model, as an agent in the art. The studio practice reestablished a respect for the agency that comes with inhabiting and honoring the physical self.

As a mother-artist the studio provided the context in which to rein in the threat of visual culture by parenting through art practice. These exercises of creative expressions with my daughters gave them an appreciation for the image-making process and the deliberate choices that go into projection of self. Perhaps we all need reminding that as models we have the power to shift the question from what the photograph wants from us to what we want from the photograph. In doing so we can give agency to our precious sense of self.